In 2012, Karita Aaltonen was given a less than 1% chance of survival. Today, she is cancer-free.

Tampere, Finland; September 2021: Nine years ago, Karita Aaltonen discovered that the strange symptoms she had been suffering from were, in fact, caused by a grade-IV brain tumor of the most aggressive type: glioblastoma multiforme. She went through brain surgery to remove the tumor, only to have it return after just two months. At that point, Karita made the decision that changed her life.

“I decided that if no one has healed from this type of cancer before, then I simply have to be the first one to do it.”

Instead of viewing the cancer as an enemy to be eradicated, Karita chose to view it as a “two-inch friend” who had come to teach her. She began to identify areas of her life where she could begin healing in alignment with the powers of nature and the body.

Karita never once googled her diagnosis or life expectancy. She instead built her own 7-step healing protocol, beginning with the most significant point: the decision to heal. Her program is built upon the assumption that the body and mind can and do work together to bring us closer and closer to balance. She shifted her focus away from dread and crisis, choosing to expend her precious life energy on reconnecting with meaning, community, nature, family, movement, and healing foods and herbs. She started taking nature walks in the Finnish countryside, gathering wild plants to include in her green smoothies and fresh salads. She began to say No when she needed to, spend more time with her friends and two young sons, and reexamine what brought meaning into her life.

Karita’s book, I Survived: A Nordic Woman’s Guide to Healing from Cancer, shares her journey in detail, offering guidance not only to those who face daunting diagnoses, but also to anyone who wishes to take an active role in their own healing. Her sensible and self-directed protocol provides a template for wellness rooted in nature and the powers intrinsic to the human body and mind. 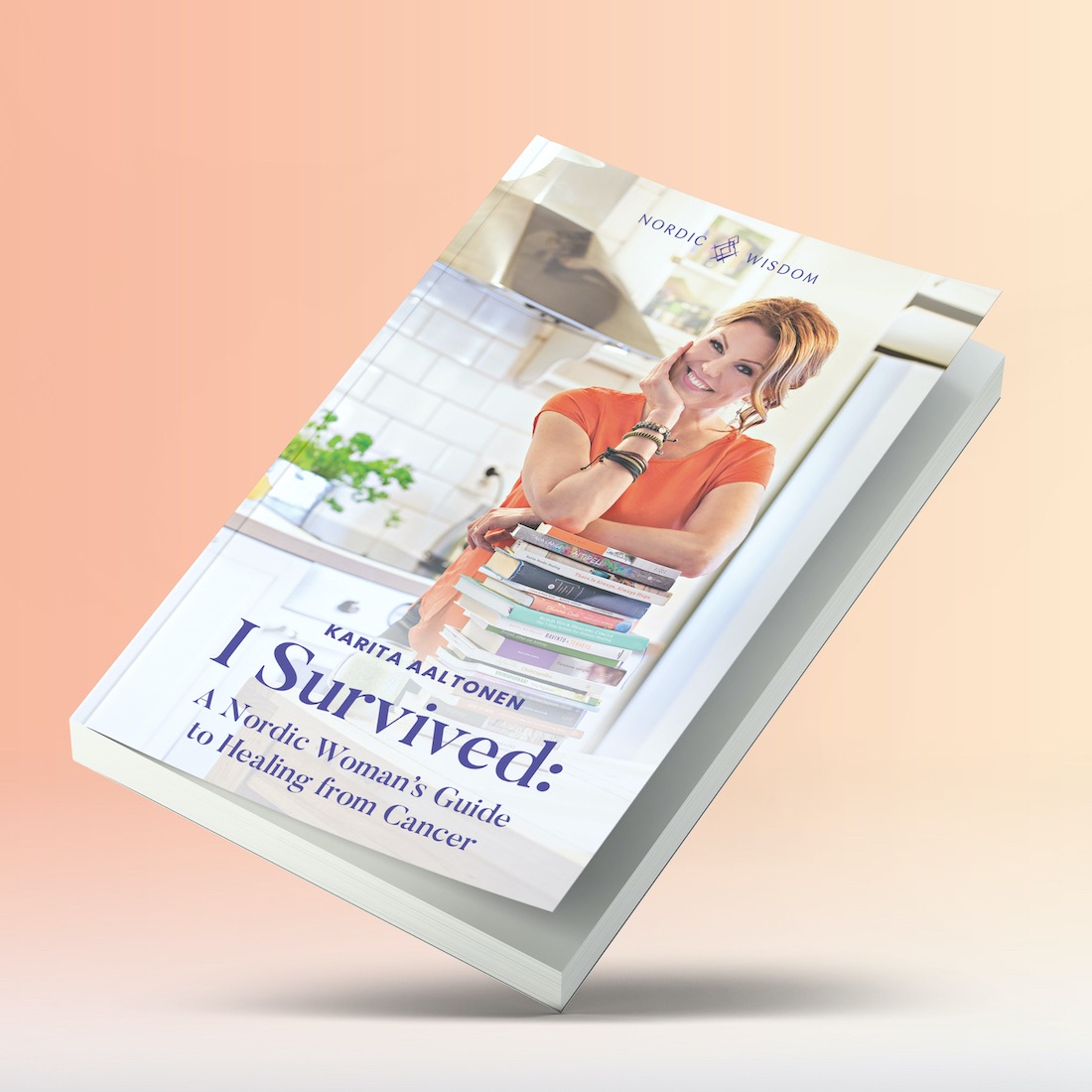